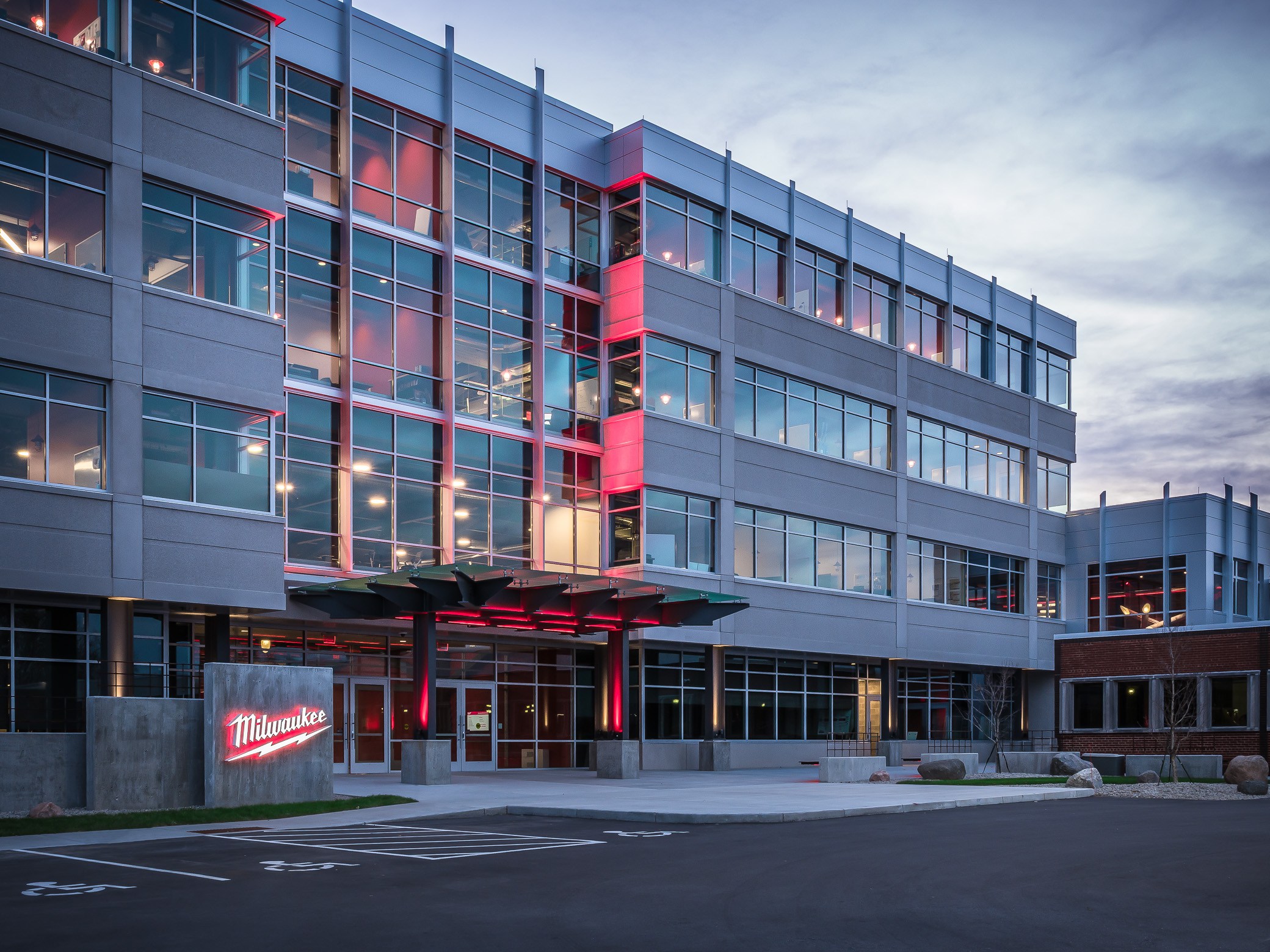 Milwaukee Tool will once again expand its footprint in the United States with the announcement of a new vertically integrated manufacturing plant in West Bend, WI. Located only 20 minutes from Milwaukee Tool’s Global Headquarters, the facility will manufacture new-to-market Hand Tools for professional electricians and utility linemen.

Growth in personal income helped push the share of income Wisconsinites pay in state and local taxes down to 10.3%, according to a new report from the Wisconsin Policy Forum.

Jim Merlo is moving his company Trifinity Specialized Distribution and 61 jobs from Illinois to Kenosha, where he said his real estate taxes will be 37% lower

Milwaukee Tool plans to create 870 jobs in Wisconsin and build a $100 million new campus in Menomonee Falls by 2025, further expanding its research and development work for power tools that are sold globally.

The Brookings Institution is highlighting Madison and Milwaukee as potential hotspots for tech innovation and economic growth.

Pleasant Prairie-based Uline Inc. now plans to build two new distribution centers along I-94, a $130 million project that would add 350 jobs, according to documents submitted to the city of Kenosha.

Komatsu Mining Corp. plans to break ground on its new Milwaukee manufacturing building on March 12, and commence construction on its new headquarters office about two months later on May 22.